THE EARLY STORY OF MY SCREENWRITING CAREER 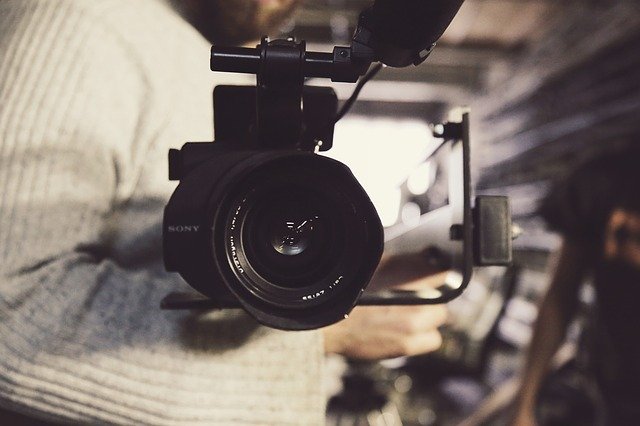 It was in 2015, while serving my country as a youth corps member in the island community of Akassa, Bayelsa state that I realized that I wanted to apply my writing skills to the screen. I guess this latent realization was brought to the fore by the countless hours we spent in a neighbouring house watching Nollywood movies. Let’s say I was especially motivated by the myriad of poorly written stories that make it to our home screens. I knew I had a lot of stories in me and some quality creative energy to dispense towards rewriting the Nollywood narrative.

I was on an island, several hours away from mainland Yenagoa. Enrolling for a professional screenwriting course was downright impossible. Akassa was not only remote, it was a sleeping town. Save for fishing, partying, football and schooling, pretty much nothing went down in the community. It was a quiet island which hugged the vast Atlantic Ocean. However, what the community lacked in civilization and development, it made up for in fanfare. I remember the ecstasy in being shirtless on the Atlantic Ocean beach, chasing balls and cavorting in restless waves. That is by the way.

Teaching myself was literally the only available option. Another setback, my phone had been stolen barely two weeks into my arrival at Akassa. The experience was so devastating that it felt like my whole life had hit an iceberg that would eventually be its end, an irredeemable snag. I was lucky to have been given a ‘China’ phone by one of the older corps members, Duru. It was a huge relief to learn that the phone’s browser was working. My self-training as a screenwriter began on an evening while walking to Femi’s shop to get a haircut.

What is screenwriting? The meaning of a film script. Who is a screenwriter? What are the features of a film script? How much does a script sell for? The best screenwriters in Hollywood. How to write a good story. Screenwriting templates. Examples of a script. Questions after questions. The more I absorbed, the hungrier I felt for information. I badgered Google with questions until I had a basic understanding of scripts. I have to mention that I wanted to know the place of scripts in the bigger scheme of filmmaking. So, I ventured into researching the major crew members of a film production. The director, producer, art director, assistant directors, editor, director of photography, and more.

Consequently, what I discovered filled me with so much joy and pride. A script is the foundation of a film project, I deduced, without which there can never be a movie. In my thinking then, everyone had to wait until a screenwriter had created a story and fleshed it out onto pages of a script before anything filmmaking took place. This could be more on the side of delusion than reality, but I loved thinking that way. The satisfaction that came with a sense of importance. And what was even more fascinating? The prospect of unleashing the terabytes of stories in me, in an apparent mission to turn the nauseating tide of Nollywood around.

Now, let me say this. There is a movement already taking place in Nollywood. Real writers are emerging to replace the wannabes who never get tired of recycling garbage story ideas and shoving them down our receptive throats. I am happy when I see great Nollywood productions with captivating characters and terrific lines. This stokes my flame even more for I ache to work in a cohort of like minds and talents to project Nollywood to the big screen in the Americas and Europe.

What was next in my self-training? I read some more. Downloaded a lot of scripts from the cracking Interstellar to the semi-Nollywood Tyler Perry films. I read up more about the structure of scripts and the proper use of its key features – the likes of montage, intercut, cut to: and flashback. Then I knew I needed to start writing. You never get a full picture of the challenges ahead of you until you set out on the journey.

Immediately I began to write my first words of a script, I knew there was no going back. All I felt through the frustration of the whole process was enthusiasm and unstoppable desire. I was eager to get my hands dirty and pull at my hairs when the famed writer’s block intruded. Therefore, the more I wrote, the more I learned. A year later, I had a script which was ready to be sold. After a couple of months, with the help of a friend of mine, it was sold.

I will stop this story here. Some other time, we will explore my encounter with David Trottier and how I fully ventured into the business of screenwriting. Don’t forget, ChikaWrites Enterprise will deliver amazing scripts running on intuitive and unique storylines to help you make the next cinema favourite. At ChikaWrites, we make words serve you.

Chief Executive Officer at ChikaWrites Enterprise
Chika Jude Ugwuodo is the founder of ChikaWrites Enterprise. He is a published writer and creative content developer. His years of experience in the commercial writing industry cuts across storytelling, screenwriting, blogging, book and article writing, editing, online content creation and ghostwriting. He lives to create and write. And when he is not writing, he is teaching others the skill and consulting on projects. He is single and lives in Enugu state, Nigeria from where he runs his business.

ChikaWrites Enterprise provides solutions for whatever challenge you may have in the areas of content development, editing and screenwriting. Our professionals will write for you whatever you need written.ChikaWrites has been in the business of writing for over ten years. We started off by developing content for local newspapers, garnering priceless experience in writing, storytelling and editing. We have since used these skills to push clients’ projects to enviable heights.

HOW TO MAKE COMEDY SKITS IN NIGERIA

eBOOK: HOW I SOLD MY SCRIPTS TO NOLLYWOOD